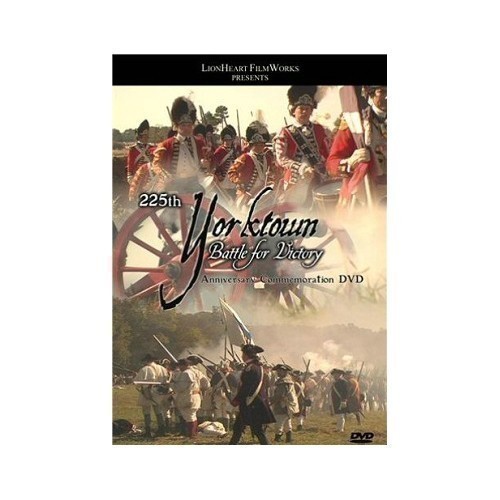 This extensive and exclusive DVD celebrates the 225th anniversary re-enactment of America s momentous 1781 Revolutionary War victory at Yorktown, Virginia. In 2006 nearly 2,000 re-enactors met on the original, hollowed "Surrender Field" to commemorate the 225th annivesary of the British defeat. Not since the original battle in 1781 has this event been re-staged so authentically. Nearly 3 hours long.