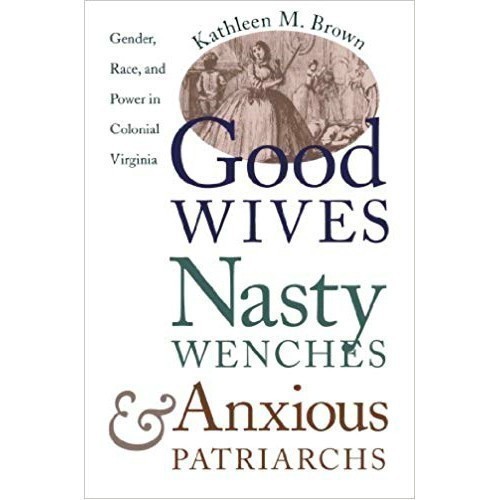 Kathleen Brown examines the origins of racism and slavery in British North America from the perspective of gender. Both a basic social relationship and a model for other social hierarchies, gender helped determine the construction of racial categories and the institution of slavery in Virginia. But the rise of racial slavery also transformed gender relations, including ideals of masculinity. In response to the presence of Indians, the shortage of labor, and the insecurity of social rank, Virginia's colonial government tried to reinforce its authority by regulating the labor and sexuality of English servants and by making legal distinctions between English and African women. This practice, along with making slavery hereditary through the mother, contributed to the cultural shift whereby women of African descent assumed from lower-class English women both the burden of fieldwork and the stigma of moral corruption. Brown's analysis extends through Bacon's Rebellion in 1676, an important juncture in consolidating the colony's white male public culture, and into the eighteenth century. She demonstrates that, despite elite planters' dominance, wives, children, free people of color, and enslaved men and women continued to influence the meaning of race and class in colonial Virginia. Paperback book, 512 pages.