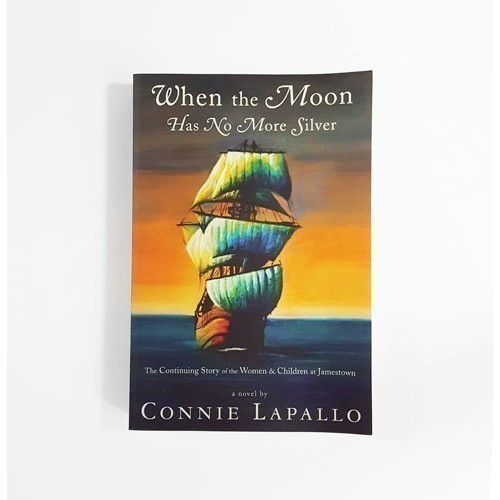 WHEN THE MOON HAS NO MORE SILVER

WHEN THE MOON HAS NO MORE SILVER

The women of Jamestown have survived a hurricane at sea, the Starving Time, and Indian Wars. When Sir Thomas Dale arrives at the settlement, the women little know that Dale's fear of Spanish attack and desire to keep the colony alive will drive them all to the brink of physical and emotional collapse. Then, a Spanish warship in the bay brings everyone's worst fears to fruition. In the meantime, the women of Jamestown will face floggings and childbirth, moldy foods and censorship, contagion and betrayal from within their own Governor's house. After eleven years in the colony, these women will learn that Virginia-still-is a very wild place. When the Moon Has No More Silver is the second book in Lapallo's Jamestown Sky Series based on the true story of the women and children who ventured to early Virginia. It follows the story of Joan Peirce and her contemporaries through the years 1610 to 1620. The series is historically accurate and appropriate for all ages. Paperback, 494 pages.