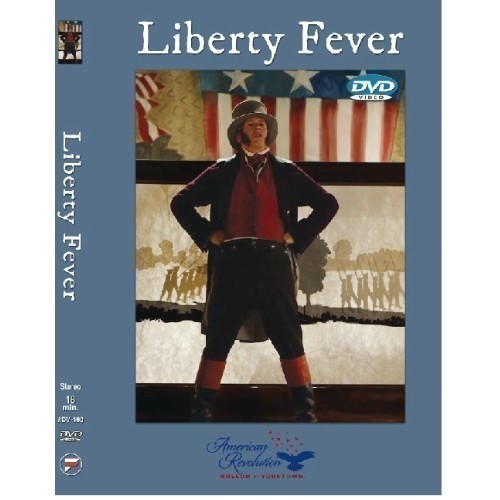 Shown daily at the American Revolution Museum at Yorktown, the film "LIberty Fever" is set 25 years after the events of the American Revolution. In the film, an early 1800s storyteller shares accounts of the war using a moving panorama, or "crankie." The storyteller's performance is interwoven with live-action film segments featuring the real stories of five people who lived during the American Revolution. George Hewes witnessed the Boston Massacre in 1770. Billy Flora was a hero of the Battle of Great Bridge in Virginia in 1775. Isabella Ferguson was an Irish immigrant to North Carolina and a strong supporter of the Patriot cause. John Howland, a young Continental Army soldier, witnessed the Battle of Princeton. Peter Harris, a Catawba Indian from South Carolina, fought on the American side. Watch the spread of liberty fever through their stories. This full color, DVD version is the full 18 minute film. Stereo. English SDH Subtitles.